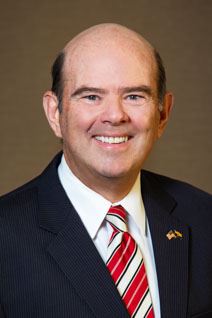 Tom Murphy was elected to the Town Council in 2013. He and his family moved to Sahuarita in 2003 as their final stop, culminating 42 years of combined military service for him and his wife Lynn.

Murphy is passionate about serving his community and public service. After retiring from the USAF in 1995, he earned his Associate’s Degree in Business from the University of Maryland. He then spent 14 years in service to his family. During this time, Murphy was actively involved in his daughters' schools. He volunteered in classrooms, tutored disadvantaged children, and was active in the PTA. Soon after moving to Sahuarita, he was elected to the school board and has been serving on it since January 1995, with two terms as president.

In 2008 he took the opportunity to utilize his passion for the community working for the Rancho Sahuarita Company as their Community Liaison and Community Director. Murphy worked tirelessly and networked endlessly in order to pursue the shared vision town and the award winning master-planned community.

Murphy believes that furthering the economic development of the town is the key to making the town a place where everyone will want to call home. He resigned from his position with Rancho Sahuarita because he wanted to ensure that the residents of Sahuarita will know that he took a position on the Council for the benefit of the town and that any decision he makes will be what he truly feels is for the good the town. Murphy looks forward to serving the residents of Sahuarita with a focus on economic development, mutually beneficial relationships, and drawing all elements of our community together. He believes that creating an atmosphere of communication and collaboration is vital to our growth and success.

Mr. Murphy was selected as Mayor in December 2016. 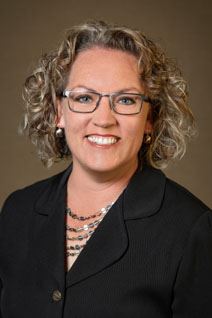 Kara Egbert was elected a member of the Sahuarita Town Council in 2009 and elected again in 2013. In 2018, she was appointed to serve as the Vice Mayor. Egbert is a fellow of the Flinn Brown Civic Leadership, chairman of the Southern Arizona Red Cross Board, a member of the planning team for Better Together and teaches a high school religious class during the school year. Previously she served as the Director of For Our City Sahuarita, served in the Boy Scout organization, participated as one of the directors of a leadership camp for girls and served on the Parks and Recreation Commission for the Town of Sahuarita.

Egbert earned her Bachelor degree from Brigham Young University in Leisure Management Service and was the Manager of Operations for one of the largest fitness centers in the state of Utah, she also helped orchestrate successful special events such as First Night and the Freedom Festival in Provo, Utah. Beyond serving in the community, she stays busy being a mom of 5 kids who range from fifth grade to sophomore in college.

Council Member Egbert has enjoyed serving on the Town Council and is excited for Sahuarita to grow in future years. She looks forward to improving communication from the Town to the residents as well as bring the town together with special events and service opportunities. She will continue to work hard to keep our small town values in our growing community. 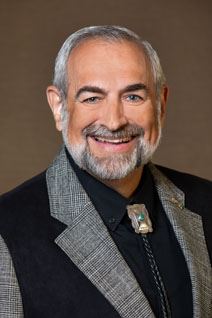 His professional career has provided him the opportunity to live and work throughout the United States. Prior to moving to Sahuarita, Bracco was employed by Sprint, founding their Computer Incident Response Team and later was in charge of their Global Data Security Operations Center. He has supported the national defense and intelligence community by providing information security services.

Bracco is a retired major in the U.S. Army Reserve with 21 years of service, serving as a military intelligence, psychological operations, and information operations officer. He holds a B.A. in sociology from Fordham University, Bronx, NY and an M.S. in systems management from University of Southern California, Los Angeles, CA.

In 2005, Bracco started a service business in the Tucson area. As a small business owner, Bracco believes that simplifying procedures should enable local businesses and programs to grow the economy. His depth of real-world, business experience highlights his focus on the importance of excellence in customer service and delivery. He actively promotes business relationships between the greater Tucson area, neighboring states, and Mexico.

In March of 2020, Bracco was elected Chairman of the Board to the Green Valley Sahuarita Chamber of Commerce.

Bracco and his wife are active members and volunteers with American Legion and the American Legion Riders. They enjoy motorcycling, hiking and spending time with their family. 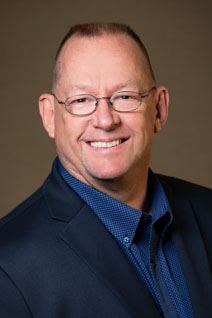 Simon Davis was appointed to the Sahuarita Town Council in September of 2019.

Davis spent 28 years serving in the Green Valley Fire District starting out as an EMT Firefighter and worked his way through the ranks. He retired from the District in July of 2014 as the Fire Chief. Upon his retirement Davis began a fire administration and management consulting business which he still operates today.

Part of Davis’ consulting work includes being active as a lobbyist in the Arizona state legislature to ensure that the state’s firefighters and their unique needs are being represented. Davis also serves on boards of various fire related entities as well as being the Vice-Chair of the La Posada Board of Trustees.

While consulting for the Corona de Tucson Fire District, Davis was offered the job of Chief and gladly accepted. He has been with Corona now for five years.

Davis and his wife of 35 years moved to Quail Creek in 2005. Prior to that they lived in Tucson where her family owned a glass business that was opened in 1952.

Davis has seen and been part of the Santa Cruz Valley for over 30 years and is familiar with the development of the Town of Sahuarita and its neighbors. “Seeing the Town grow from its inception to today has given me a good understanding of the issues the Town might face going forward while also recognizing the past”. He looks forward to spending his time on the Sahuarita Town Council. 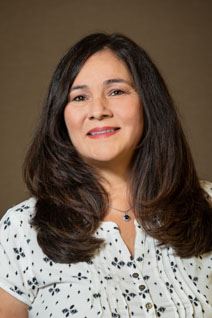 Deborah Morales was re-elected to the Town Council in 2022 to a 4-year term. Prior to her term on the Town Council, Morales immersed herself in the community, and has been involved in multiple events and organizations; including spearheading the Walden Grove Grad Night for 7 years, the Food Truck Round Ups, involvement with her church, in Youth Group, Shopping Angel, El Rio Health, National Disaster Team Rubicon, and various other Town events. In 2018, Morales was highlighted as one of “I-19 Most Influential People” by the Green Valley News, and also received the Manager’s Choice Award for the Town of Sahuarita. Morales has also sat on the San Xavier Little League and Pop warner Redskins Football Association boards.

Morales moved to Rancho Sahuarita in 2003. When she first moved to the area, Morales worked as a 911 operator/dispatcher for the City of South Tucson Police, Fire and Meds, which also included the Town of Sahuarita Police Department. A year later, she began a career with the Town of Sahuarita in the Building Safety Department, working as a permit clerk. Morales is the first former employee of the Town to be elected to its Town Council.

Morales’ goal on the Town Council is to have open communication with everyone, to not make any promises but to work hard to accomplish whatever challenges are being met. Her goal is also to make sure that the safety of residents and employees are continuously met. 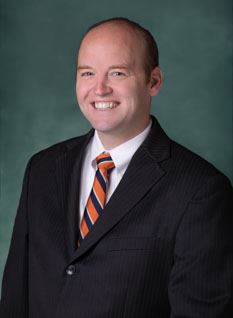 Dr. Steven Gillespie was appointed to the Sahuarita Town Council in June 2022.

Dr. Gillespie attended Utah State University for his undergraduate studies and he earned his Doctor of Podiatric Medicine at the College of Podiatric Medicine and Surgery at Des Moines University. He moved to Sahuarita in 2013 to complete his three-year surgical residency at the Southern Arizona VA Healthcare System in Tucson. Since that time he has worked as a podiatrist in the Sahuarita/Green Valley community. He enjoys being able to work with and serve his neighbors on a daily basis.

Dr. Gillespie loves living in Sahuarita. He said, “This is a fantastic place for myself, my wife and our children. We love this community and there are so many great people here. It’s a great place to be involved and we feel safe here.” He has been involved in the community coaching youth soccer teams, being a Venturing scout leader, working with cub scouts, working on the Tech Crew for local theater plays and being involved in his church.

Dr. Gillespie and his wife have five active children which keep them busy. In addition, he enjoys playing basketball, contributing to his successful YouTube channel making educational videos for children and playing board games with his family. 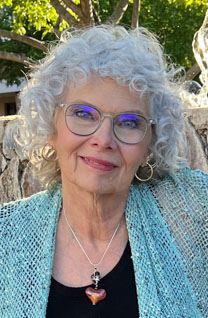 She is the proud mother of two accomplished daughters, both of whom are currently reserve officers in the USAF and veterans of the War on Terror in Iraq and Afghanistan. Her dad was a Marine and her mom was a WAC during WW II.

Having left NYC at age 38, she spent the next thirty years in the Chapel Hill, NC area primarily employed at the University of North Carolina Hospital. Her skills as the Complex Case Manager are well respected within that institution.

Diane also has a strong calling to serve others. She earned her Masters Degree in Social Work in 1976. Diane is a seasoned clinical social worker making her a valuable member to the residents of Sahuarita and the Town Council.

Enamored with the Sonoran Desert after visiting her daughter who had moved to Rancho Sahuarita, she decided to retire and move to AZ in January 2020. Diane found herself drawn to the spirituality of the land, the majesty of the mountains, and the allure of the monsoon.

Diane hit the deck running, so to speak, after choosing to call Sahuarita her home. In that short time she was elected a Precinct Committeeman, elected to serve as the Secretary on the Executive Committee of Legislative District 2, and appointed to be a state representative. Her candidacy for the Sahuarita Town Council is a natural progression of her governmental calling.

Diane consider herself to be:

and the Town couldn't be more excited for her to join our team.